The Furnace Room is a time of corporate prayer among believers at FBCCH who meet to pray over our services each Sunday morning.  Prayer is the heartbeat of all that we do at FBCCH. This mniistry team is composed of all age groups. Where did the "furnace room" orginiate? Read the story below for more information.  If you would like to be a part of this team, simply show up this Sunday morning at 8:00 in the Fellowship Hall (adjacent to the Worship Center). 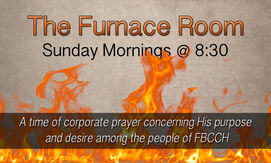 "Five young college students were spending a Sunday in London, so they went to hear the famed C.H. Spurgeon preach. While waiting for the doors to open, the students were greeted by a man who asked, "Gentlemen, let me show you around. Would you like to see the heating plant of this church?" They were not particularly interested, for it was a hot day in July. But they didn't want to offend the stranger, so they consented. The young men were taken down a stairway, a door was quietly opened, and their guide whispered, "This is our heating plant." Surprised, the students saw 700 people bowed in prayer, seeking a blessing on the service that was soon to begin in the auditorium above. Softly closing the door, the gentleman then introduced himself. It was none other than Charles Spurgeon."  (Our Daily Bread, April 24) 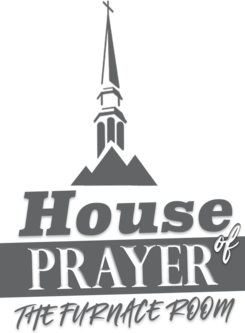 "Prayer should not be regarded as a duty which must be performed, but rather as a privilege to be enjoyed..."

"True prayer is a way of life, not just for uses in cases of emergency. Make it a habit, and when the need arises you will be in practice."

the lifeblood of all we do. So much so, our entire Sunday night service is devoted to it. We meet to pray together regularly for spiritual growth and for the needs within our community and around the world.